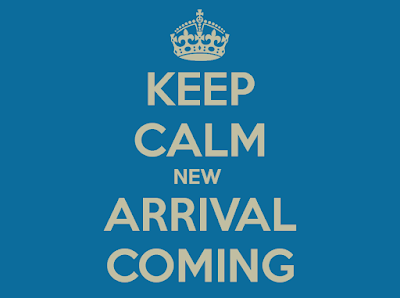 This is I guess as good a place as any to start my first blog on OneDad2Sons. Back in September 2015 we welcomed the arrival of our second son. Both my wife and I come from dual-child families, and we wanted to give our eldest the same experiences we had growing up. Although we both had sisters, and he now has a brother. So my wife is now out numbered, and facing what her dad had to endure in being out-numbered.

We tried preparing for our new arrival, but didn't really know what to expect, other than we were having another boy. After all we had just gotten used to having three personalities in the house, and the whole; work, nursery, life, and exercise balance had just gotten back on tack, providing some sort of normality. But now we were willingly chucking a potential grenade into the mix, with a fourth member of the family.

With our first although rewarding, it was bloody hard going physically and emotionally. My wife breastfed for six weeks, and I could see it was becoming stressful for both of them. So I bit the bullet, and got some formula. After reading the instructions because it was not covered as part of the NCT classes, and using cooled boiled water (taking 20 minutes to cool seemingly not ideal compared to the instant milk from his mum), he promptly took 8oz. What was the fuss all about I thought? That was until he bought it all back up out of his mouth and nose. Not exactly the perfect way to relieve a stressful situation at 1am. Needless to say I didn't sleep that night and kept a bleary eye on his basket. It took longer than we ever thought to get into some sort groove. We probably didn't help ourselves with all the books, YouTube videos, and varied yet well intended advise from family and friends. If I'm honest, I did have that experience in the back on my mind as the second pregnancy developed. However, this time round we had ourselves a Threenager, along side a newborn.

Our biggest concern I guess like most having a second child was how our first would be on meeting at the hospital, and how they'd be when we all got home. I must admit we couldn't have wanted for any better a reaction. He was an absolute star. I think it helped that we ordered a bag full of 'How to Train Your Dragon' toys as a gift from his new brother, to sweeten his arrival. We had spent the 9 months prior involving him in choosing toys, clothes, singing and talking to the bump. Since then, the two of them have developed a really nice bond, with the youngest starting to smile and laugh. How long this will last for I have no idea, but I'm sure that when he starts taking those Dragons it'll change. But for now all is good, and any animosity or jealously is aimed towards us.

Don't get me wrong, although it's bloody annoying, tedious and frustrating to deal with these outburst, they are inevitable and according to the experts part of their development. We'd rather it be aimed at us than a four month old. Even if I've only had three hours sleep, and getting ready for a big day at work. It comes with the territory, and won't last forever. Or at least I hope it won't. Plus throw in to the mix the fact he's now kicking his naps, and trying not to fall apart by the end of the day as a result. I'm still learning to pick my battles, which is a big learning curve for me. But just as I think I've got it, they're moving on to the next phase, which in itself is tiring.

Just as our eldest is learning about the new dynamics and adjusting, so are we. More so than before, as what little time we had is now split. We often find ourselves; hurrying meals, washing and drying up (no dishwasher), working our way through the mounds of washing and tumble drying, and removing a dozen toys from the bath each night. All this whilst keeping to the routine of the new addition, and making sure we spend time with the eldest. This was made easier during the first six weeks, with the on-hand support from the Mother-in-law. Even bed time is now phased, where I'll do the last feed, whilst my wife goes up early with the dreaded anticipation of getting up in the middle of the night. And before my alarm goes off somehow we've all ended up in the same bed, jostling for position to just about stay in it. Considering they're little people, they take up a lot of the bloody bed in their diagonal starfish positions.

It's my wife who I think has gone through the biggest change, and how she's managed to stay sane I have no idea. I applaud her strength, calmness and ability to entertain everyone's needs. I do try to help but in my slightly blinkered view I think I'm helping, when I'm clearly not. The intention is there, honest. That's another point I'm trying to work on. During weekends when I'm around all the time the routine goes out the window, which must frustrate the hell out of her.

Before the youngest arrived we had conversations about "wouldn't he benefit from the same one-on-one attention the eldest had?". But, you know what, given where we are now we're all having to adapt, and he doesn't know any different. We're making sure we give him all the attention he needs and deserves. Plus we love him just the same, even if he's having hand-me downs from our eldest. If anything, and this will no doubt prove to be the commentators curse, he's fitting around an active family, and everyone seems to be onboard with that. For the moment, at least. Lets see what happens in the next eight months.